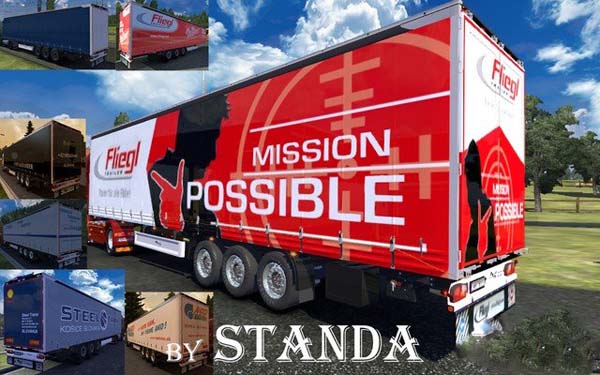 The original model semitrailer is converted and adapted from GTS to ETS2.
Model semi-ridden just like AI, joined his contract so I can connect?
in different companies with different skins.
Contains definitions of cargo which are ETS2.

By the GTS: BalczaK and Stocki
Adjusting for GTS: D A W E
Convert and edit in ETS2: Standa (sobby)
Test ETS2: they