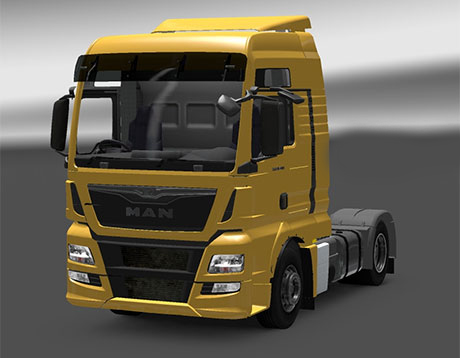 This is an edit and bugfix of the MAN TGX Euro 6 for ETS2 by
Mr.Green and Petrik. It’s now a standalone truck available in
mainland European MAN dealerships. I have also removed many
redundant files to reduce the filesize, included the paint colour
fixes by ManuBe1998, ManoS and Petr, and removed any misplaced or
broken accessories.

If anyone is miscredited or missing, please inform me and I will
update this list in any future versions.