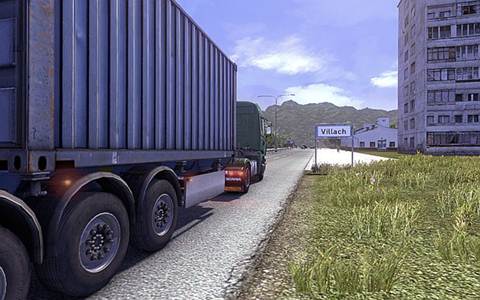 Names like Mario, Merlinita or Harry Piel previously available for Maps in ETS and GTS. With the release of ETS2 they along with other formed a team and work out now. Together her is a new map for ETS2.

In this map, 20 new cities were incorporated with the companies that are located in Hungary, Austria, northern Italy and North Africa. The focus has been on expanding the map with new countries and cities and in the final stage is to include all European countries.

After downloading the file ‘TSM_map_1.5.7z’ are copied to the modfolder with a compression utility (WinZip, WinRar, 7z) and unzipped the file with the file extension *. Scs.

Since this map / mod this new cities and companies are available, there is an urgent (!) Required to create a new profile.

In this MapMod no new trucks or trailers are included!